We’ll record an entire concert for you inside an underground cave in Iceland.

In Jules Verne’s book “Journey to the Center of the Earth” the book’s protagonists enter the bowels of the earth via the volcanic crater of Snæfellsjökull in Iceland. Fictional as this story is, it is true that Iceland is full of underground cave systems that occasionally open up to otherworldly places far beneath the ground.

For many years we have thought about, dreamt about and talked about performing and recording a concert deep down inside one of these many naturally occurring caves in Iceland, or inside a lava tube, or even inside the guts of a dormant volcano.

We’ve often been inside caves like these (after our last crowdfunding we even brought some of you inside one of them), and each time we’ve been struck by the incredible acoustics and unreal ambiance inside of them. We’ve closed our eyes, sung a few bars, harmonised our voices and imagined what our music would sound like down there.

Filming a concert inside a cave presents a bit of a logistical challenge since we have to carry instruments, specialized recording equipment, battery powered lights etc through lava fields and down rugged cave openings and dark tunnels. But, then again, these are only obstacles which to overcome, and in the event that this campaign hits €60k before October 31st, we pledge to make this happen!

In the beginning of next summer, after we finish and deliver Blik and weather conditions are again favourable, we’ll take the band and and a recording crew into a cave and record a truly special concert for you, like you’ve never heard the band before, and share the concert digitally with the backers of this crowdfunding campaign. 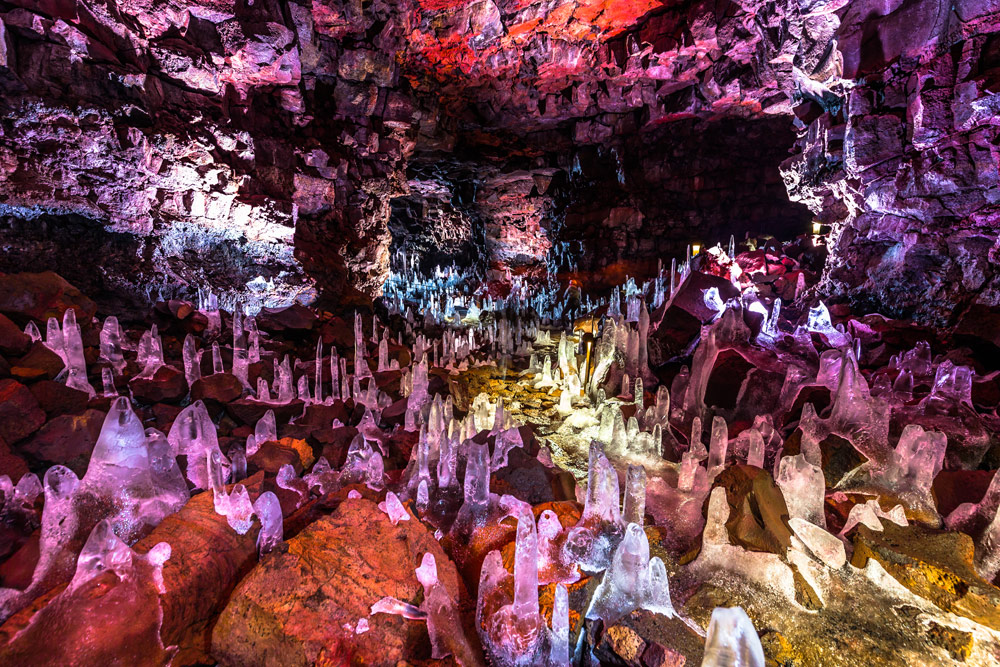 Ever since we spontaneously sang the Icelandic hymn “Heyr, hima smiður” at a train station in Wuppertal in 2013 many of you have been asking us to record an entire album of a cappella songs using only our voices. Now, finally, we feel that we might be ready to make such a commitment, at least for an EP.

In the event that this campaign surpasses its initial goal and hits €50k before October 31st we pledge to rehearse and record an additional EP for you with five a cappella songs in the spirit of “Heyr, himna smiður”. We already have some traditional Icelandic songs in mind that we would want to include.

We will invite our friend Pétur Oddbergur Heimisson to sing the 4th voice and find a nice sounding place to record in. Iceland does not have any trains or train stations, but we’ll think of something! And we will most likely be talking about this a lot on our campaign exclusive podcast.

Once the EP is finished we’ll send it to you digitally via email. In case we ever print physical copies of the EP we’ll offer you to buy it first and at manufacturing cost (just printing and shipping).